North Thompson Valley British Columbia — Wilderness Just a Step Away. Discover a land of endless adventures — where rivers run wild and waterfalls thunder, where Canadian wildlife roam free and the snowfall is epic. Find yourself here, awed by Canada’s rugged beauty and charmed by the people who call this place home. Come play in an untamed wilderness — in the heart of British Columbia’s central interior.

Welcome to British Columbia’s premiere winter wonderland. The snow falls heavy, the vistas and natural attractions dazzle, and the adventurers find everything they are looking for…and then some. The North Thompson Valley transforms into a snowy paradise in the winter.

‘Epic’ doesn’t fully encapsulate the adventures that are available in the North Thompson, but it does come close. The most iconic of these experiences are found in Wells Gray Provincial Park and Mount Robson Provincial Park. Wells Gray is known as Canada’s Waterfall Park with 41 named waterfalls spread through rugged wilderness. Some of these waterfalls still ferociously flow, while others are frozen to a trickle by winter’s embrace. Be sure to visit Helmcken Falls (Canada’s fourth-largest waterfall) and marvel at the cascade of rushing water that develops a snow cone at its base as the season rolls on. There are roads & maintained trails in Wells Gray that allow for varying degrees of accessibility to the waterfalls. On the other hand, the pride of the Canadian Rockies, Mount Robson, isn’t quite as accessible come wintertime – but the journey along the Kinney Lake Trail is that much more rewarding. Strap on some snowshoes, load up the winter camping gear and enjoy one of the most spectacular hikes in Canada on a trek through ultimate Canadian winter wilderness.

In the mountains surrounding Valemount and Blue River, you’ll find some of the best alpine snowmobiling around. Cruise from peak to peak under icy blue skies chewing up untouched oceans of snow, while you drink in the sheer vastness of the North Thompson. Valemount actually has the only sled-assisted ski hill in North America for those that wish to merge their ideas of fun and adventure! Similarly as extraordinary as the snowmobiling is the heli-skiing available near Blue River. Make memories that you’ll never forget as you carve through fluffy, white bliss after being dropped at the top of a towering peak by host Mike Wiegele Heli-Skiing.

Winter in the North Thompson 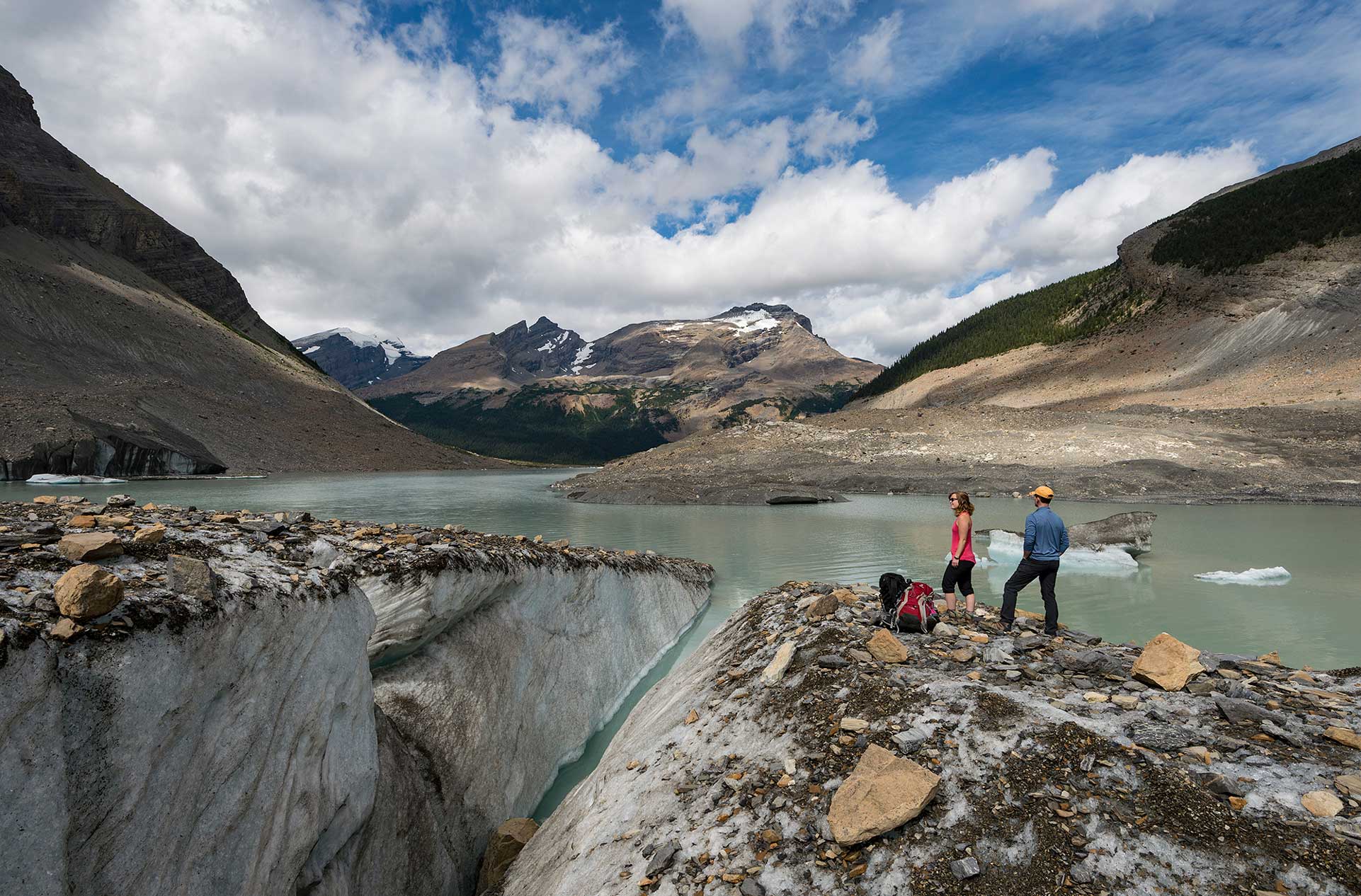 A LAND of ENDLEss Adventure

Wild beyond your imagination. Raw. Rugged. Begging to be explored. As you walk along the aquamarine shores of glacial fed lakes and rivers, you will feel like you’re on top of the world.